Following the disintegration of the Roman Empire in 406 AD, the Low Countries entered a period of Frankish rule. The Merovingians (5th to 8th century AD) came first, followed by Charlemagne’s Carolingian dynasty (8th to 9th century AD). Both houses tried to emulate the central government favored by their Roman predecessors. However, this style of rule eventually became untenable when the Carolingians ran out of money and Charlemagne’s sons insisted on an equal share of their father’s domain. 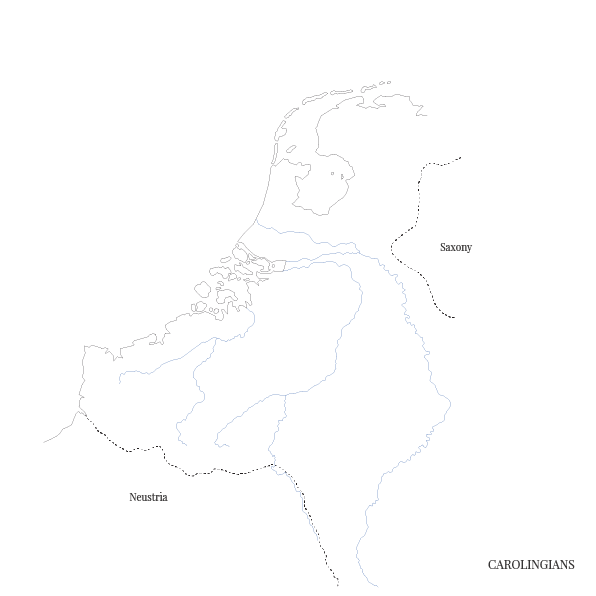 The crumbling of the Carolingian empire that ensued would introduce the feudalistic system to the Low Countries. With their funds running low, the Frankish kings needed a different method of ensuring the loyalty of their armies. Instead of paying their nobles a salary, kings gave them dominion over parts of their land, all the while retaining final ownership. In return, these so-called vassals pledged their support and their men to the king. As time passed, however, vassals gained hereditary titles to entrusted lands, which led to a patchwork of territories with sometimes overlying jurisdictions. 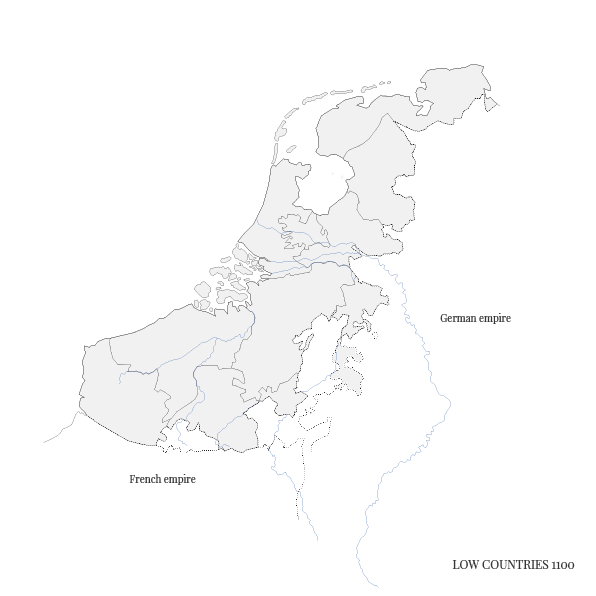 The introduction of feudalism resulted in an intricate system of relationships that became the focal point of medieval politics. Borders, on the other hand, grew less important. What mattered most was not territorial integrity, but that mutual obligations were being met. This meant that, especially in comparison to the Roman era, central authority was largely absent in the lion’s share of the Low Countries. In this relative power vacuum, it were the Flemish and Dutch cities that flourished, bringing about a powerful new class of urban merchants and specialized craftsmen.